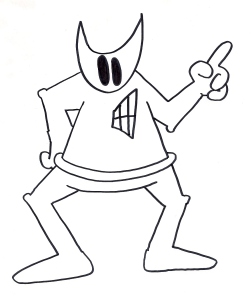 OMG … I actually liked a movie with Joan Crawford in it!

That film was Humoresque, which I watched for the first time on TV last night. Quite a fun, if melodramatic ride, centering on the love affair an egocentric though brilliant violinist (played by John Garfield) has with a married socialite (Crawford). Normally, I don’t care for pictures with Joan in it, but this one had a good script co-written by Clifford Odets and able direction from Jean Negulesco. Plus, simply glorious violin playing by the incomparable Isaac Stern, who did the virtuoso performances attributed to Garfield’s musician character.

So does that mean, all of a sudden, that I’m a big Crawford fan? Not at all. This film rose above the usual sordid plotlines her flicks so often seemed to encapsulate, making it altogether a more interesting work. I frequently find her acting overdone, but in this case, she kept her portrayal in check. Whether that’s due more to the direction or her own ability, I don’t know.

Certainly, any film that features snippets from Bizet’s Carmen and Wagner’s Tristan und Isolde has got to be good, right?

Well … the jury’s still out on that.