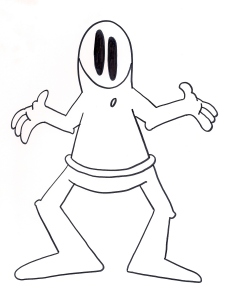 David Cronenberg’s movies will rub you one way or another, there’s no doubt about that. I think his latest opus, Maps to the Stars, will be in that category, too.

The question is, will it be as strong as his previous efforts, from Scanners to Eastern Promises? I’m not so sure. In general, this director has been one of the strongest (and in my opinion, one of the most underrated) in the industry, with a talent for generating oodles of interesting plots amid creatively yucky violence, biological horror and strong performances. It’s hard to say whether he has been a favorite of mine, but his body of work is unique, and his talent is always apparent. Plus, he’s quite consistent, even when working with subpar material; you can generally find some kind of inspiration there, no matter what.

So why am I so skeptical about Maps to the Stars?

I guess the main reason is because it has one of my least-favorite actors in it: John Cusack. That, to me, is not a lure; I generally don’t care for Cusack’s performances and find most of the vehicles I’ve seen him in to be maudlin. Though his presence in the movie isn’t a deal-breaker, it doesn’t bode well for the picture. It’s not the type of casting that’ll make me want to see it.

Still, Cronenberg’s direction brings with it the possibility of surmounting any obstacles, and it’s possible that Maps to the Stars could offer quite a bit. If it’s anything like the filmmaker’s vintage movies, that would be a triumph.

Hopefully, that’ll be the case.